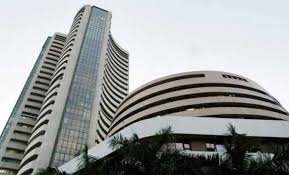 MUMBAI: The BSE Sensex surged 370 points to its third successive record high on Tuesday as most exit polls projected a win for Narendra Modi-led National Democratic Alliance in elections concluded on Monday.
The 50-share Nifty jumped over 100 points and traded above 7,100 levels for the first time. The Sensex is now just 80 points away from hitting the psychological 24,000 mark. The 30-share index has gained over 1,500 points in the last three sessions The BJP-led NDA is projected to win between 249 and 340 seats, according to six exit polls.
It needs 273 seats for a simple majority. The BJP’s own tally could be over 210-220 seats, the exit polls predicted. If the exit poll projections come true, India might be heading for a stable government under Mr Modi, something investors have been rooting for.
“Anything between 235 to 240 will be viewed positive for NDA…anything above 240 will be extremely bullish… and I think if that were to happen there has not been a rally to that,” Samir Arora of Helios Capital told NDTV on Monday.
Narendra Modi-led BJP is seen by markets as being more investor- and business-friendly. The Nifty has already surged 19 per cent since Mr Modi became the BJP prime minister candidate on September 13. A large part of gains have come on account of strong buying by foreign investors, who have purchased cash shares worth about $4.3 billion so far in 2014.

“A lot of expectation-based flows have come through. Looking through the noise, if the base scenario (BJP majority) happens, two things change structurally – first, you get a pro-investment government and one that is focused on infrastructure,” said Salman Ahmed, global fixed income strategist for Lombard Odier Investment Managers in London.

Over the last two sessions, FIIs have bought shares worth around Rs. 2,500 crore. Domestic institutional investors, who have been net sellers in markets so far, also turned buyers on Monday, although the quantum of buying was very small at Rs. 90 crore.

Retail investors, however, should be cautious even though the consensus outlook on the Street seems to be bullish. That’s because exit polls have got it horribly wrong in the past.

Any results that show BJP falling short of a majority could cause shares to plunge 8 to 10 per cent in one day, and up to 20 per cent in the aftermath, analysts say.