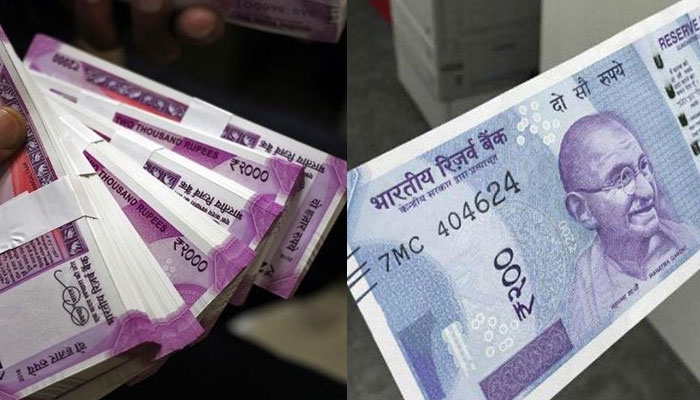 “Most of the printing that’s being done, about 90% is only 500-rupee notes. Nearly 14 billion pieces of new 500-rupee notes have been printed so far,” said the report quoting a person familiar with the development. RBI’s printing press in Mysuru has also started printing the new Rs 200 notes, which are likely to come into circulation next month, the report added quoting other sources.

Meanwhile, according to a source told  “We have already started printing of the first batch of 200 rupee note in June. It takes 21 days for the printing process to complete. So we are on track to meet the deadline to introduce 200 rupee note by next month.The central bank had reportedly decided to bring in Rs 200 notes in March after consulting the finance ministry, they said. The notes are going through multiple checks for security and quality at government printing presses.The shortage of currency notes was trigged by the scrapping of high-denomination bills last year.
The government had on November 8 last year withdrawn the legal tender status of 500 and 1000 rupee notes to flush out black money and counterfeit currency.The RBI has refused to give the number of demonetized 500 and 1000 rupee notes returned in the banking system, saying the ‘figures would need to be reconciled with the physical cash balances to eliminate accounting errors/possible double counts etc’.
However, according to a reply given in Rajya Sabha on December 2 by the Minister of State for Finance Arjun Ram Meghwal, there were 17,165 million pieces of 500 notes and 6,858 million pieces of 1000 notes in circulation. That amounts to a total of Rs 15.44 lakh crore in value. This amounted to 86 per cent of the total currencies in circulation (Rs 17.97 lakh crore).