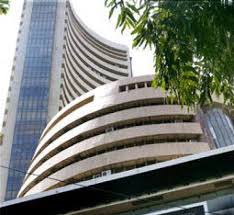 MUMBAI: Prospects of economic recovery in India look bright following the formation of a stable government, though supply side issues need to be solved to help monetary policy bring down inflation, the Reserve Bank of India said today.
On the downside, the RBI said in its financial stability report state-run Indian banks’ asset quality still remains under the ‘high’ risk category, and also noted concerns over global and domestic economic growth, the fiscal deficit.
But the overall tone of the report reflected optimism generated by the election of Narendra Modi as Prime Minister, and the thumping majority scored by his Bharatiya Janata Party. “Going forward, with the formation of a stable government, the prospects of recovery appear bright,” the RBI said in the report.
However, supply side constraints need to be addressed to complement the Reserve Bank’s efforts to contain inflation expectations.”Those constraints largely refer to bottlenecks in food supplies. India’s consumer price index eased to 8.28 per cent in May, but remained above the RBI’s January 2015 target of 8 per cent due to high food prices. A deficient monsoon has aggravated concerns over food prices. The RBI also reiterated the need for the government to ensure the quality of fiscal consolidation is not compromised and added that it expects the current account and fiscal deficits to widen.
The previous Congress-led government’s efforts to rein in the fiscal deficit by cutting capital expenditure had triggered concerns of growth slowing further. Rajan noted in the report that the government was under some pressure to deliver in order to match expectations.
“Markets expect more decisiveness in government policy formulation, as well as greater efficiency in implementation,” Rajan said, and added that a predictable tax regime, low and stable inflation will be key to financial stability.
Modi’s victory has pushed stocks to record highs and raised hopes of a turnaround in an economy suffering its longest spell of sub-5 per cent growth since the 1980s. The central bank also emphasised the need for developing the corporate bond market, and said removing hindrances in this market should be “top policy priorities”.
It added that the central bank may choose to lower the mandatory bonds minimum holding rules, known as statutory liquidity ratio and the proportion of bonds which need not be marked to market gradually, as banks progressively implement the Basel III liquidity coverage rules.
The RBI said the stress on banking sector has increased due to liquidity and profitability pressures and added that banks will need to raise about 4.15 trillion rupees ($68.9 billion) of capital by 2019 for Basel III requirements by March 2019.”India’s financial system remains stable, although the public sector banks face challenges in coming quarters in terms of their capital needs, asset quality, profitability and more importantly, their governance and management processes,” Rajan said.