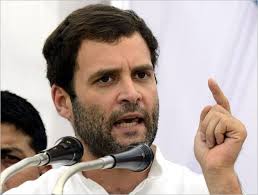 NEW DELHI:  Ahead of the upcoming Lok Sabha polls, Congress vice president Rahul Gandhi will be meeting the party general secretaries and finalising the strategy for the General Elections on Saturday

The Gandhi scion is also expected to finalise the nominations of Rajya Sabha members today in the meeting to be held in Delhi.
The party general secretaries have been asked to take feedback fr: m the concerned party members before attending the meeting.Ex-Delhi chief minister Sheila Dikshit is likely to be nominated for the upcoming elections from either Haryana or Himachal Pradesh.
The last date for filing nomination for the poll is January 28, scrutiny will be held the next day. The last date for withdrawal of candidature is January 31 and the poll will be held on February 7.