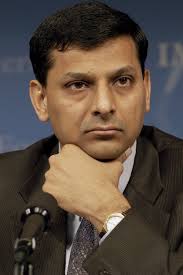 NEW DELHI : In an unexpected move, the Reserve Bank of India (RBI) hiked its repo rate, or its main lending rate, by 0.25 per cent to 8 per cent. Banks are expected to hike their lending rates after the RBI’s surprise mo
Despite some easing in inflation, majority of economists in an media poll had forecast that the central bank is likely to keep its policy rates steady
The wholesale price index slipped to five-month low of 6.16 per cent in December. But it is still stuck well above the RBI’s commonly perceived comfort level of 5 per cent since June last year. The retail inflation also remains at an elevated level despite easing to a three-month low of 9.87 per cent in December.  RBI Governor Raghuram Rajan said that the consumer price inflation still remains at an elevated level.
Dr Rajan faces the daunting challenge of reviving an economy growing at a decade low of around 5 per cent while battling high inflation.The RBI chief has surprised the Street in the all the four policy reviews ever since he took over as the RBI chief in September last year.
Investors are worried that rates will stay high for longer after a RBI panel last week proposed revamping the way monetary policy is made, including using consumer prices as a benchmark for targeting inflation. The consumer inflation target should be within two percentage points above or below 4 per cent, the panel said. The RBI’s decision to hike rates comes amid a selloff in emerging market currencies, including rupee.
The rupee fell for a third consecutive session on Monday, hitting 63.06 to the dollar, its weakest in more than two months, as emerging markets sold off with the US Federal Reserve poised to further cut back its monetary stimulus this week.