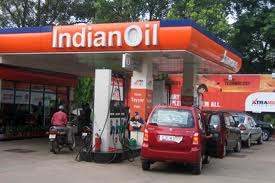 NEW DELHI : Crude oil prices have dropped over 30 per cent in just six months forcing the 12-member OPEC to seriously think about a production cut. Members of the Organization of the Petroleum Exporting Countries (OPEC), which account for nearly 40 per cent of global oil output, will meet on Thursday to decide future course of action.
There’s no consensus whether the 12-member cartel will agree to a huge output cut at a time when the global economy is in the midst of a protracted slowdown.Asia’s top economy China cut interest rates last week, indicating slowing growth, while Japan’s economy slipped into recession in the third quarter. India’s economic growth probably slowed to around 5 per cent in the three months to September, slipping from 5.7 per cent in the previous quarter, sources told Reuters.
In Europe, the 18-country Eurozone economy is facing the prospects of weak growth, deflation and high unemployment, forcing the European Central Bank to draw up its own stimulus plan.
Rising concerns about the slowdown in the global economy may prevent OPEC from announcing a largest output cut. Besides, OPEC’s leverage over the oil market has reduced significantly because of the rapid growth in non-OPEC production.
In US, which is the world’s largest energy consumer, domestic production of crude is likely to hit a 45-year high next year, Bloomberg estimates. US fuel imports are likely to be just 21 per cent of domestic demand by late 2015, the news agency estimated.
There is a risk that even a large output cut by OPEC may not be enough to support oil prices, Reuters said, quoting Barclays. Fund managers say that oil prices could plunge to $60 a barrel if OPEC fails to make significant cuts.
India will be a big beneficiary if Brent crude prices indeed drop to $60 per barrel, provided the rupee continues to trade in the 58-62 range against the US dollar.
For starters, petrol and diesel prices in the country will fall sharply because both these fuel have been decontrolled now. Going by past trends, petrol prices might fall below Rs 60 per litre if Brent crude prices drop below $60/barrel. If petrol prices fall below Rs 60/litre, it would be the first time since May 2011.
Petrol prices have fallen sharply from nearly Rs 74 per litre to Rs 64 per litre since June as the international price of Indian crude basket has decreased from Rs 6,600 per barrel ($110.42 per barrel at 60.10 per dollar) in June to Rs 4800 per barrel ($78.27 per barrel at Rs 61.78 per dollar) in November.
The above-mentioned illustration indicates that a further $20 per barrel drop in international crude could push petrol prices below Rs 60 per litre even if the government hikes excise duty further or oil marketing companies add another rupee or two to their margins.
The sharp fall in global oil prices will also help the government. Global brokerage Nomura says every $10 per barrel fall in oil price can boost India’s GDP growth by around 0.1 percentage points, lower consumer inflation by about 0.2 per cent and improve current account balance by 0.5 per cent of GDP.
Improving macro fundamentals will likely add further fuel to the stock market rally, analysts say. According to Bank of America Merrill Lynch, India gives positive returns in 3 months post sharp correction in crude.
On 11 occasions since 1991 (when India embarked on a liberalization drive), Brent crude prices corrected by more than 20 per cent in three months. On 8 of these 11 occasions, Indian markets gave a positive return over the next 3 months with an average return of nearly 17 per cent, the investment bank said.