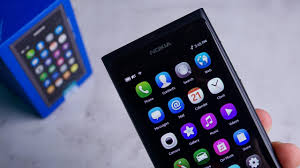 NEW DELHI : One of the biggest smartphone camera partnerships that can be said to have pioneered the industry has now come to an end. Nokia has ended its partnership with the German imaging optoelectronics company Carl Zeiss. So, now you will no longer find the Zeiss branding on the Nokia phones. This partnership goes back 10 years
The partnership between Nokia and Zeiss began more than a decade ago. We saw Zeiss-branded optics on Nokia’s N and Pureview series. However, then Nokia met its sad fate later. Even in its second innings, HMD Global, licensee of the brand Nokia, partnered again with Zeiss in 2017. The Nokia 9 PureView from HMD, the first penta-camera smartphone, featured ZEISS lens’. However, the impact can be said to be much smaller the second time, and the partnership seemed to be largely a branding deal.
The allure faded in the last few yearsHMD Global went on to release quite a few Nokia smartphones over the years, but none of them were able to make that big an impact as the previous ZEISS-branded Nokia phones, especially the PureView. Meanwhile, Sony and Vivo smartphones featuring Zeiss-branding were way ahead of the Nokia ones.
The last smartphone from HMD to come with the Zeiss branding was the Nokia XR20, released in July last year. Apparently, the partnership also ended last year. In a statement to the publication NokiaMob, HMD Global says that both the companies mutually agreed not to pursue their ‘non-exclusive partnership’ further.
Over the last few years, we saw some companies coming together with a promise to improve smartphone imagery further, while some also parted ways. Huawei ended its partnership with Leica, while Xiaomi began its relationship with Leica this year. Meanwhile, OnePlus also partnered with Hasselblad. The end of Nokia and Zeiss’ partnership marks the end of one of the longest partnerships in the industry, and we do not know where HMD’s Nokia goes from here on.