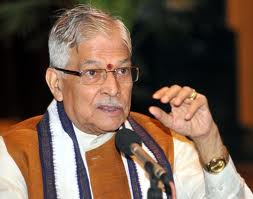 NEW DELHI : Nearly two weeks after taking charge, the government led by Prime Minister Narendra Modi is considering to replace Governors who were appointed by the UPA-II regime, reports siad on Friday. The Ministry of Home Affairs (MHA), which also acts as advisor to the President on the appointment of Governors, is believed to have submitted the list of those governors who are due to retire this year to the PMO. 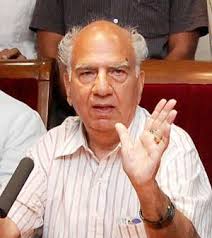 The Home Ministry also held a meeting yesterday where names of probable BJP veterans were discussed who could occupy the Governors’ posts that would be vacated soon across the country. If sources are to believed then the the Governors of in the poll-bound state of Maharashtra, UP and Bihar could be replaced. BJP stalwart Murli Manohar Joshi is being seen as front runner for the post of Maharashtra Governor.
Positions in Uttar Pradesh and Bihar are also being looked at. The move has raised hopes of BJP senior leaders who could not find place in the Union Council of Ministers. 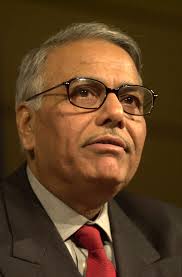 The Prime Minister’s Office (PMO) has reportedly sought details of the tenures of at least eight governors who are due to retire by the year-end. While choosing his Council of Ministers, Prime Minister Narendra Modi left out party veterans who were above the age of 75. Besides MM Joshi, others who are in the race are Lalji Tandon, Kesri Nath Tripathi, VK Malhotra, Kalyan Singh, Shanta Kumar and B C Khanduri.
While the government is unlikely to replace governors who will be completing their terms in the next few months, some recent appointments may be reviewed.
Sources said Gujarat Governor Kamla Beniwal, who has had run-ins with Modi when he was Chief Minister, is in the list sent by the MHA. She is to retire by November this year. The list also includes Karnataka Governor HR Bhardwaj who will complete his term by the end of the month.
Last year, the UPA-II government extended the term of Jammu and Kashmir Governor NN Vohra. There is no clarity whether the regime change at the Centre will have any bearing on his continuance.
Haryana Governor Jagannath Pahadia, who completes five years in office next month, is also in the MHA list. In Uttar Pradesh, former police officer BL Joshi, who completes his term next month, may not be considered. The new state of Telangana has ESL Narasimhan as its first governor. He was earlier the Governor of undivided Andhra Pradesh. He is due to complete his term by December.
Chhattisgarh Governor Shekhar Dutt too is in the list sent to the PMO. He completes his term in January 2015. Assam Governor J B Patnaik, who assumed office in December 2009, and Punjab Governor Shivraj Patil, who took charge in January 2010, also figure in the list.