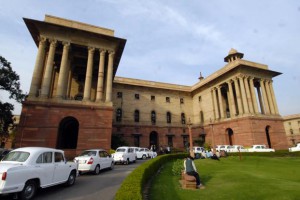 NEW DELHI : The big fat Indian bureaucracy is all set for a drastic overhaul with new entrants making their way into the corridors of power. Narendra Modi ‘Sarkar’, with its thrust on centralisation and accountability, has decided to absorb ‘efficient hands’ from the private sector into the bureaucracy at Joint Secretary-level and the Prime Minister’s Office (PMO) has sought the opinion of all ministries concerned at the earliest.
Directed by the PMO, the Department of Personnel and Training (DoPT) has asked all ministries concerned, including Finance, Home, External Affairs and Railways, to give their feedback on the lateral entry of persons from the private sector and academics into the bureaucracy. “Yes, we have asked for comments and most of them have already expressed their opinions,” said an official with the DoPT.
Though he refused to divulge any further details, he said he did not see any reason for opposing such a “path breaking move which could make the whole system more efficient”. In fact, the ball was set into motion regarding the lateral entry immediately after the BJP-led NDA Government came to power.
The DoPT had convened the meeting of all Secretaries in July itself, where the suggestion was mooted. It was followed up the next month when the DoPT had convened the next meeting of Secretaries holding charges of administration at the state level. According to another official, this idea actually belongs to the previous UPA Government as it was the Administrative Reforms Commission (ARC) headed by Congress leader Veerappa Moily which had made a similar recommendation. The 10th report of Administrative Reforms Commission titled, ‘Refurbishing of Personnel Administration – Scaling New Heights’ had emphasised that 10 per cent of posts at Joint Secretary-level should be open to lateral entry from state government services or private sector or academia.
The then Prime Minister Manmohan Singh had appointed a GoM, headed by veteran Congress leader A K Antony to look into the matter. Though the GoM, after several sittings had proposed in 2012 to set up a Central Civil Services Authority (CCSA) to select every officer above the rank of Joint Secretary, the project did not see the light of the day.
“The only difference is that Manmohan Singh Government paid no heed to the ARC recommendations for nearly a decade while the Modi Government decided to act on it the very next month after it came to power, said another official in the know. The delay was despite the fact that Manmohan was very keen on professionalising the bureaucracy. Upon his initiative, the last government had appointed number of ‘outsiders’ but since most of them were recruited as consultants with no real power the action yielded no results. According to the official, Modi seems to be quite keen on many ARC recommendations, including redefining Collector’s roles. “There is more to come,” added the official. However, some senior bureaucrats do not seem to be very enthusiastic about the move. “These actions could upset the whole system as it may create a parallel power structures,” said a Joint Secretary-level official.