BHOPAL: Two days before world’s worst industrial disaster’s 30th anniversary, Amnesty International Secretary General Salil Shetty on Sunday said that the Narendra Modi-led NDA government should raise issues pertaining to the Bhopal Gas tragedy with US President Barack Obama during his visit to India in January next year.
“It is time to give victims and survivors the compensation they deserve. It is time to clean up the site and toxic wastes. And it is time to ensure justice and bring Dow Chemicals and Carbide to book,” he told reporters here.Dow Chemicals had taken over Union Carbide Corporation, US, years after the December 1984 toxic gas leak from its plant here killed thousands of people and affected more than 5.5 lakh people.
Shetty said previous governments let Union Carbide off the hook by underestimating the number of people killed and maimed.”The Indian government has to urgently re-verify the data against health records and make the figures credible and in the line with Indian Council of Medical Research (ICMR) and even state government records. The recent announcement by Union Minister in this regard is a welcome move,” he said.
“Most importantly, for three decades, Union Carbide has used USA as a safe haven from criminal charges to dodge culpable homicide. The Bhopal Chief Judicial Magistrate has called Union Carbide six times but because of their consistent no show, has called it an ‘absconder’,” Shetty said.Demanding that the top rung US officials of Dow and Union
Carbide be brought to book, Shetty said after 25 years, only seven Union Carbide India officials have been convicted and not a single American employee who was on top of the chain of the command has been brought to justice.He said that a foreign company’s disregard for Indian judicial system is outrageous.
“It is time that the Modi government takes Bhopal tragedy as a serious issue with Obama when he visits India on January 26,” the global human rights watchdog member said.Shetty recalled the US government’s response to BP oil spill in Gulf of Mexico in 2010 where the oil major was held liable and had to pay a whopping USD 20 billion as fine and for the cleanup.
“The double standards are outrageous. If the same disaster was caused by an Indian company on US soil, there is no way they would have got away with it. The US has to show that it treats all human lives as equal, whether you are poor Muslim woman in Bhopal or a US citizen in Louisiana who suffered from the BP oil spill.
“We know that the safety standard in the West Virgina plant of Union Carbide was much higher than Bhopal. It is time to right these wrongs,” he said.
The activist dubbed USD 470 million paid by Union Carbide in an out of court settlement in 1989 for the Bhopal Gas tragedy as just tip of the iceberg.”On behalf of Amnesty International, I am here to say the victims and survivors of the worst industrial disaster of our times can’t be asked to wait any longer. 30 years ago about 20,000 people died, up to half a million affected. They can’t wait any longer,” he said. 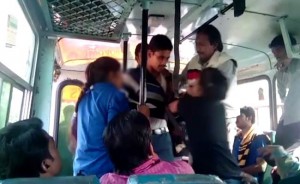 Previous post Haryana Sisters Thrash Men Who Harassed Them on Bus, No One Helps 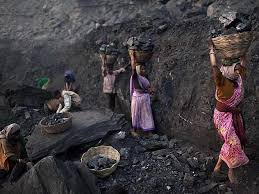 Next post Bill replacing coal ordinance to be brought in Parliament