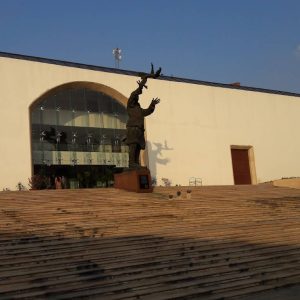 Meanwhile, the Congress has slammed the move of the government and said that the foundation was meant to help the poor. It also said that the move of the government is illegal. As per sources, the decision to quash the license was taken based on a report of the committee that was constituted in 2020.Sources said the investigation into alleged irregularities in RGF and RGCT is likely to be handed over to CBI.
Sonia Gandhi heads the RGF, former PM Dr Manmohan Singh, Congress MP Rahul Gandhi, Congress General Secretary Priyanka Gandhi Vadra, and former Union Minister P Chidambaram are members. Sonia Gandhi also heads the RGCT, Rahul Gandhi and former Rajya Sabha MP Dr Ashok S. Ganguly are members, among others.

The action came after investigations carried out by an inter-ministerial committee formed by the Home Ministry in 2020 to probe alleged irregularities in Gandhi family run NGOs. The investigators covered alleged manipulation of documents while filing income-tax returns, misuse of funds and money laundering while receiving funds from foreign countries, including China. The RGCT was established in 2002 to address the development needs of the underprivileged people of the country, especially the rural poor.
It currently works in the poorest regions of Uttar Pradesh, one of the least developed states in the country, and Haryana through two development initiatives, the Rajiv Gandhi Mahila Vikas Pariyojana (RGMVP) and the Indira Gandhi Eye Hospital and Research Centre (IGEHRC) according to the RGCT website. Both the RGF and the RGCT function from the same building — Jawahar Bhawan located in Rajendra Prasad Road Complex in New Delhi. Another organisation that came under the probe was Indira Gandhi Memorial Trust. However, no action has so far been taken against the third organisation. 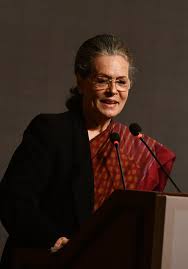 The probe team comprised officers from the ministries of home and finance, the Central Bureau of Investigation (CBI), besides the ED, and was mandated to investigate if these trusts run by the Gandhi family and other Congress leaders allegedly manipulated any documents while filing income tax returns or misused and laundered money received from foreign countries.
During the Indian Army’s face-off with China’s People’s Liberation Army (PLA) in Ladakh in 2020, ruling Bharatiya Janta Party (BJP) President JP Nadda had alleged that China gave funds to the RGF between 2005 and 2009 to carry out studies that were not in national interest.Mr Nadda had also alleged that money from the Prime Minister’s Relief Fund was diverted to the RGF, which also received funds from fugitive businessman Mehul Choksi.The BJP had also raised a question that whether the funds received by the RGF were a “bribe” for lobbying for a free-trade agreement (FTA) between India and China.
According to the RGF’s annual report of 2005-06, which is available on its website, the embassy of the People’s Republic of China is listed as one of its donors under “partner organisations and donors”.Set up in 1991, RGF worked on a number of critical issues including health, science and technology, women and children, disability support, etc., from 1991 till 2009. It also worked in the education sector, according to its website.
This came after investigations carried out by an inter-ministerial committee formed by the home ministry in 2020. “Yes, the FCRA license of the RGF has been canceled after an investigation against it,” an official was quoted by Newstrac24x7.com In 2020, the donation pattern of RGF was under the political spotlight. BJP president Jagat Prakash Nadda had on 25 June alleged that RGF had accepted a donation of $300,000 from China during 2005-06.
“I was surprised to see that RGF had received a donation of $300,000 from People’s Republic of China and Chinese embassy. These donations were then used to carry out studies and promote free trade in the country. There are many ways of corruption and Congress party should explain what studies were carried out using these donations,” Nadda had said.
(With Agency Inputs).