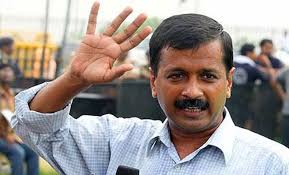 NEW DELHI : The newly elected state government in New Delhi on Monday barred foreign supermarkets from setting up shop, a blow to Prime Minister Manmohan Singh’s efforts to attract overseas investment and revive the economy.
Singh had thrown open the country’s $500 billion retail industry to foreign investors in late 2012, allowing companies such as Wal-Mart Stores Inc and Tesco PLC to own a majority stake in local chains for the first time.
But the policy was pushed through in the teeth of fierce opposition from domestic retailers and political parties, who said it would cause mass job losses in a sector that is mostly dominated by small, family run shops.
Moreover, strict sourcing norms and a requirement that companies must ask permission from local state governments before opening stores have made most supermarket giants wary.
Last month, Britain’s Tesco was the first to take the plunge, announcing it would buy a 50 percent stake in Trent Hypermarket Ltd, which is part of the Tata group.
The decision by the newly-formed Aam Aadmi (Common Man) Party (AAP) government in Delhi to shut out foreign supermarkets could further dampen investor appetite. The move overturned the stance of the previous, Congress-led administration.
“If one party reverses the decision of its rival dispensation upon change of guards, the policy and political risks for global investors would definitely increase in India, scaring them away,” said D.S. Rawat, the director general of a business lobby group, ASSOCHAM.
The AAP’s victory on an anti-corruption platform in Delhi in December shocked mainstream parties. The new chief minister, Arvind Kejriwal, had promised to scrap the state’s existing retail policy during his campaign.
The Bharatiya Janata Party (BJP), which hopes to unseat Singh’s Congress government in a general election due by May, has also threatened to block the entry of foreign supermarkets if it wins.
The political backlash against letting in foreign retailers means that only 11 out of India’s 28 states have agreed to roll out the policy. Most are states where Congress is in charge.
India previously allowed 51 percent foreign investment in single-brand retailers and 100 percent for wholesale operations, a policy Wal-Mart, among others, had long lobbied to free up further.
Indian retailers have operated supermarket chains in India for years, but their expansion has been hampered by a lack of funding and expertise as well as poor infrastructure, which makes the cold storage of food transported around the country practically impossible.NDTV.