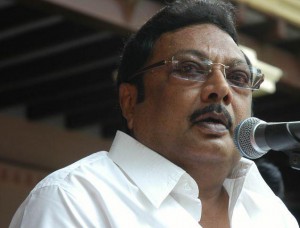 CHENNAI: “I have no role in Napoleon joining the BJP,” said former Union Minister M.K. Alagiri here on Monday.Reacting to reports of Mr. Napoleon stating that he had joined the BJP with the blessings of Mr. Alagiri, he said, “My name has been unnecessarily dragged by people with an intention to bring disrepute and confusion…”
“In a similar fashion, yet another actor-turned-politician J.K. Ritheesh, who quit the DMK and joined the AIADMK some months ago, had attributed me for his exit,” Mr. Alagiri said. Both the former actors were ardent supporters of Mr. Alagiri, who has been expelled from the party.
“I have been pointing out certain mistakes in the DMK and critical about the functioning of the party. That’s it. Nothing more to say,” he said.