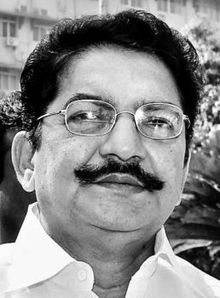 NEW DELHI : The Narendra Modi government has recommend names to the President for appointment as Governors of Maharashtra, Karnataka, Rajasthan and Goa, sources said on Tuesday.While BJP veteran and former CM of Uttar Pradesh Kalyan Singh has been appointed Governor of Rajasthan, Speaker of Gujarat Assembly Vajubhai Vala will head to the Raj Bhavan in Bangalore. 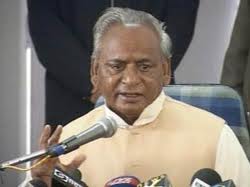 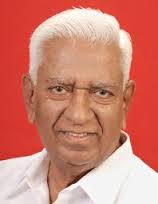 Minister in the Vajpayee government, C Vidyasagar Rao has been appointed the Governor of Maharashtra.Mridula Sinha, noted writer and former president of BJP Mahila Moprcha, gets the assigment in Goa.However, it is not clear when the official announcement of their appointment will be made by the Rashtrapati Bhavan.
Maharashtra Governor’s post fell vacant yesterday when incumbent K Sankaranarayanan resigned after he was transferred to Mizoram.Post of the Governor of Karnataka has remained vacant since July end when former Law Minister H R Bhardwaj had completed his five year tenure while the post of Rajasthan Governor fell vacant after Margaret Alva completed her tenure early this month.
Goa Governor’s post fell vacant when former SPG chief B V Wanchoo resigned last month.Earlier, the NDA government had sacked Mizoram Governor Kamla Beniwal, who had served in Gujarat earlier and had a running battle with Narendra Modi when he was the state’s Chief Minister.Virendra Kataria, a former Congress leader, was also sacked as Puducherry Lieutenant Governor last month.