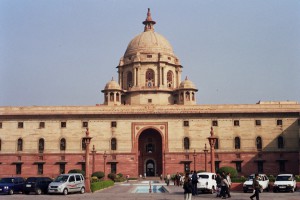 NEW DELHI : Citing expertise in internal security, the 3,700-member strong IPS officers association has demanded that the top post in the country’s civil aviation security should be given to one of its members and sought greater role for its officers in other departments as well.
A delegation of IPS central association, led by its Secretary PV Ramasashtry, met Minister of State for Personnel, Public Grievances and Pensions, Jitendra Singh and handed over a memorandum of demands relating to their professional grievances.
It demanded that IPS officers be considered for the post of Commissioner of Security, Bureau of Civil Aviation Security (BCAS). The post is lying vacant for about past two years now.
Earlier, the recruitment to this post was made from among the IPS officers of the rank of Directors General of Police but of late the practice had been discontinued following a change in the rules, the memorandum said.
The Civil Aviation Ministry is now considering to open the post of Commissioner (Security) for bureaucrats and IPS officers of others ranks too. Though, no formal order on the proposed change in rules are in public document.
“BCAS is the regulatory authority for civil aviation security in India. It is headed by an officer of the rank of Director General of Police and is designated as Commissioner of Security (Civil Aviation),” according to the details mentioned on the BCAS website.
The association said that IPS officers are well suited for the post considering the fact that civil aviation security is a high priority concern.
The IPS officers should be considered for greater roles in ministries like sports and in regulatory bodies, it said.The association said that more IPS officers should be considered for the posts of Chief Vigilance Officers, who acts as a distant arm of Central Vigilance Commission to check corruption.
The intake of IPS officers as CVOs has significantly reduced over the last few years because of the new condition imposed since 2009 making it mandatory that for the post of Chief Vigilance Officers the applicant shall have to be first empanelled in the rank of Joint Secretary, the memorandum said seeking to remove such bottlenecks.
Reacting to their demands, Jitendra Singh said all the grievances of the officers will be looked into.”The government has been trying to promote the practice of good governance. It has been our endeavour to simplify governance and make it officers and citizens-friendly. We will look into the concerns or suggestions raised by the association.
There are 3,798 IPS officers working across the country against the sanctioned strength of 4,728.