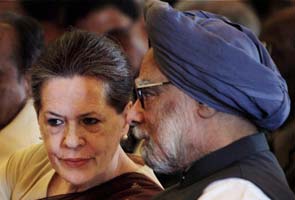 NEW DELHI : In a last-minute change to its plans, the government has decided its proposal to create a new Telangana state will not be introduced in Parliament today. Lawmakers opposed to the Telangana state created chaos in both Houses again today. Here are the 10 latest developments in this big story:
The government had planned to introduce the plan to bifurcate Andhra Pradesh in the Rajya Sabha today.
President Pranab Mukherjee had given his assent for the Bill to be debated there.However, last evening, the government was advised that the Bill must first be brought to the Lok Sabha. This is because the proposal to divide Andhra Pradesh and create a new state involves reassigning revenue and taxes. Bills with financial implications must be cleared by the Lok Sabha first, according to Parliament rules. But the government is also hoping that a dinner hosted by Prime Minister Manmohan Singh on Wednesday will allow it to broker the support of opposition parties.
This Parliament session which ends on February 21 is the last before the national election, due by May. The Centre wants statehood for Telangana to be cleared so that it can claim credit in the election, and profit with voters in the region.
The plan to turn the area of Telangana into India’s 29th state is a politically incendiary one. Leaders from “Seemandhra” – the two non-Telangana regions of Andhra Pradesh – are vehemently opposed to the split.
Leading the dissenters is Chief Minister Kiran Kumar Reddy of the Congresss, who has attacked his party’s Delhi leadership over the Telangana blueprint.
Lawmakers from Seemandhra have been disrupting Parliament every day, tearing up papers and shouting angry slogans, forcing adjournments and leaving both Houses paralysed.Seemandhra is worried about a downsizing of its share of water, power and revenue from Telangana, which includes the booming economy of the IT hub of Andhra Pradesh.
To counter that, Seemandhra leaders unsuccessfully petitioned the government to turn Hyderabad into a Union Territory. However, the Centre has said that it will not alter the plan for Hyderabad to be a common capital for 10 years for the old and new states. After that, it will belong to Telangana.