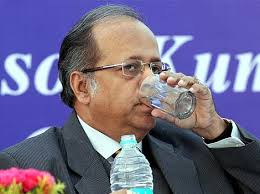 New Delhi : Attorney General Goolam E Vahanvati has given the go-ahead for a presidential reference for the removal of Justice AK Ganguly from his position as Chairman of the West Bengal Human Rights Commission, say sources. Justice Ganguly has been accused of sexually harassing a law intern at a Delhi hotel last year
Mr Vahanvati, sources say, in his opinion on the matter to the Home Ministry, has said Justice Ganguly’s is a fit case for action and there is enough evidence to proceed against the former Supreme Court judge.
The Human Rights Act provides that to remove Justice Ganguly, the President will have to make a reference to the Supreme Court, which will then order an inquiry.
The Prime Minister’s Office, the Home Ministry as well as the Law Ministry have said that the former judge’s matter is a fit case for presidential reference.There is widespread demand that Justice Ganguly be removed; the former judge has denied the allegations against him and has refused to resign. West Bengal Chief Minister Mamata Banerjee has written twice to the President, finding rare agreement with the Left parties that Justice Ganguly must be sacked. Both sides raised the issue forcefully in Parliament.
Additional Solicitor General Indira Jaising has also written to Prime Minister Manmohan Singh seeking Justice Ganguly’s removal. On Monday, she released portions from the intern’s statement before a three-member Supreme Court panel, describing how Justice Ganguly had allegedly sexually harassed her at a Delhi hotel in December 2102.
The Supreme Court panel appointed to investigate her charges said no action could be taken as Justice Ganguly had retired by the time the alleged assault took place.NDTV.