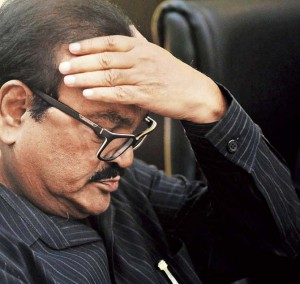 NEW DELHI: Enforcement Directorate (ED) has filed its first chargesheet in the Rs 870 crore Maharashtra Sadan scam and related money laundering cases in which NCP leader Chhagan Bhujbal, his son Pankaj and nephew Samir have been named. ED officials said that the 11,150-page chargesheet was filed before the Registrar of City Civil and Sessions court yesterday.

The other individuals named in the complaint are Vinod Goenka, Asif Balwa, Sanjay Kakade and others. ED officals said that about 30 witnesses have also been named in the chargesheet, which has been filed by furnishing documentary evidence and questioning of the accused in the case till now.

It also said that further identification of money trail and the assets generated out of the proceeds of crime is in progress. If required supplementary chargesheet/s will be filed in due course of time. Bhujbal, along with his ex-MP nephew Samir, have been arrested in the case by the ED and they are in jail till March 31.