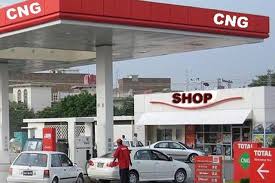 NEW DELHI : Oil Minister Veerappa Moily today said that the government has slashed CNG (compressed natural gas) prices by Rs. 15/kg, or nearly 30 per cent, with immediate effect. Prices of piped natural gas or PNG have been cut by Rs. 5 per cubic metres, or nearly 20 per cent.
The move is aimed to popularise the use of CNG and PNG considering the high pollution levels in many cities across the country, Mr Moily said. The biggest beneficiary will be cities that use imported LNG, he added.
State-run Indraprastha Gas Limited (IGL), the distributor of CNG in Delhi, and other city gas distribution firms will get cheaper domestic gas, Mr Moily said. The exact rates across cities would vary after taking into effect local taxes, the oil ministry said.
The decision to cut rates comes at a time when the government is struggling to rein in its fiscal deficit at 4.8 per cent of the GDP. Fiscal deficit in the first three quarters have inched closer to the budgeted target for the whole year.
In January, CNG distribution companies had hiked gas rates by nearly Rs. 5/kg, citing reduced availability of cheaper gas. The Aam Aadmi Party government in Delhi had sought a rollback of the hike and had moved the Supreme Court.
The surprise decision to cut NCG prices comes after last week’s Cabinet decision to raise the quota of subsidised LPG per household from nine to 12 cylinders a year. The decision is expected to inflate the government’s subsidy bill by Rs. 5,000 crore.