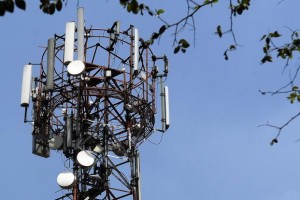 NEW DELHI : The Delhi High Court today ruled that the national auditor, the Comptroller and Auditor General (CAG), has the powers to investigate the financial records of private telecom companies, a landmark verdict that could also impact power companies in Delhi who have objected to an audit ordered by the Arvind Kejriwal government.
The telecom companies, who are being investigated in connection with the 2G spectrum scam or the arbitrary allocation of spectrum at throwaway prices, had challenged the government auditor’s right to examine private entities. The court today rejected their argument.
The CAG had in 2010 sought the revenue details of the companies to examine whether they under-reported their revenues, causing huge losses to the government. The auditor said since the companies are in a revenue sharing arrangement with the government, they should be open to an audit.
When the Delhi High Court refused to stop the audit, the telecom companies moved Supreme Court, which referred the case back to the high court. The companies are likely to challenge today’s ruling.
Today’s verdict is likely to have a bearing on a case involving Delhi’s power distribution companies, which will come up in the Delhi High Court on January 22.
The capital’s three major power distribution companies had argued that the CAG cannot check the accounts of private companies. Arvind Kejriwal, who took over as Chief Minister a week ago, has promised to halve the price of power. In his pre-poll campaign, Mr Kejriwal had alleged that earlier governments had colluded with power companies to fleece Delhi residents.NDTV.