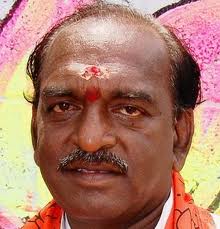 HENNAI : The Bharatiya Janata Party may announce the names of all its allies for the Lok Sabha election in a day or two, according to Pon. Radhakrishnan, president of the State unit.
The party was keen on making public the details regarding the allies before Gujarat Chief Minister and the party’s prime ministerial candidate Narendra Modi addressed a rally in Vandalur near here on Saturday, the BJP president told Reporters  here on Wednesday.
His party would invite leaders of other parties, including the Pattali Makkal Katchi (PMK), the Marumalarchi Dravida Munnetra Kazhagam (MDMK) and the Kongu Makkal Desiya Katchi (KMDK) headed by E.R. Easwaran. Asked about the status of talks with the Desiya Murpokku Dravida Kazhagam (DMDK), Mr. Radhakrishnan could say that his party was still in touch with the DMDK. “Even yesterday, a leader of the DMDK spoke to us.”
On the tape released by Aam Aadmi Party (AAP) leader Prashant Bhushan of conversations between Sharad Kumar Reddy, former MD of Kalaignar TV, and M.S. Jaffar Sait, former ADGP of Tamil Nadu, Mr. Radhakrishnan said it was for the DMK to give a reply. However, he was of the view that the AAP might have done it for the sake of getting “cheap publicity.”