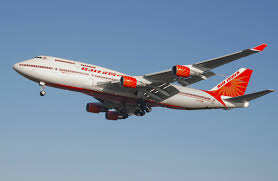 NEW DELHI: The clean-up forced by America’s recent downgrade of Indian aviation safety ranking now threatens to expose hidden skeletons in airlines’ cupboards.
A senior Air India commander has been found teaching trainee pilots how to fly the Airbus A-330 for years – without being certified as an instructor-examiner by the directorate general of civil aviation (DGCA)! He unauthorizedly took simulator classes and performed route checks on real flights.
The downgraded aviation regulator discovered this fact recently. Joint DGCA Lalit Gupta on Monday ordered a probe into this serious safety oversight and suspended the ‘Munnabhai’ trainer’s pilot licence which means he can’t even fly a plane. Now a serious question mark hangs on the fate of the trainee pilots who were taught to fly the A-330 by this commander.
“The fact that this commander was not authorised by DGCA to be an instructor-examiner on the A-330 was known in the airline. Still, the narrow body operations department (A-330 were part of erstwhile Indian Airlines and flown by IA pilots) allowed this commander to train others. It smells of a larger thing than just a pilot hiding his credentials and wrongly coaching trainees,” said a source. The airline management had recently changed the airline’s ED operations, removing the director under whose watch this unauthorized training took place.
Former DGCA chief Kanu Gohain termed this training a ‘fraudulent’ act. “This is very serious as an unauthorized person has no business to act as a trainer. This is also the fault of the airline which utilized services of such a person without checking his credentials. Also, the DGCA should have strong surveillance to detect such things and prevent them from happening,” Gohain said.
And what about the trainee pilots coached by an unauthorized instructor-examiner? “Being trained by an unauthorized person will affect the quality of training and hence have a direct bearing on safety. The training imparted by such a person should be declared null and void,” the former DG said, while calling for strong action by the DGCA in this case.
Joint DG Lalit Gupta’s order (AV.15026/19/2014-AS) to AI sent on Monday said the captain “of Air India is alleged to have carried out instrument rating/licence renewal (IR/LR) training for under trainee pilots on Airbus 33-200 type of aircraft, without having been approved by DGCA as type rated examiner/type rated instructor on A-330-200… (I) hereby suspend privileges of the pilot licences held by the captain, due pending investigation.”
Incidentally, the post-downgrade operation clean-up launched by the DGCA also showed another serious training flaw on Monday itself. As many as 26 flying institutes were found using trainer who did not meet the minimum qualifications to do so. While the regulator had given them one-year’s time to get up to mark, the trainers were found to have continued to be doing their job without meeting the minimum qualification for five to seven years. They have now got a last deadline of six months to get up to mark or face action.