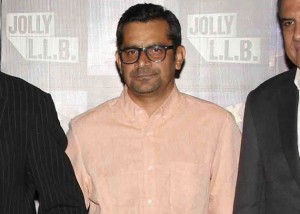 MUMBAI : Jolly LLB director Subhash Kapoor has been accused by actress Geetika Tyagi of sexually assaulting her, an incident he appears to regret in a video she allegedly recorded secretly. Tyagi uploaded the video on her YouTube channel where she is seen confronting Kapoor and slapping him over the incident that allegedly took place over a year ago. She posted the video on Twitter later.
Kapoor’s wife Dimple Kharbanda and Tyagi’s director-boyfriend Atul Sabharwal are also seen in the 31-minute long video. Kapoor appears remorseful in the video, saying, “This is not a defence. I was told that by coming here, it would probably help you (Geetika). From last one and a half years, there has not been a single day when this incident has not crossed my mind. I have never ever been part of anything like this in the past. But it has happened with me and I regret it.” 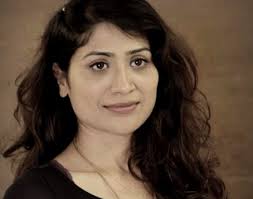 Kapoor’s wife is seen sobbing and saying that she is worried about her son’s future. Geetika, a journalist-turned actress who starred in One By Two and What the Fish, appears to be crying hysterically and shouting at the director.
“Because of the incident, I can’t trust any person,” she said. Kapoor did not respond to telephone calls and messages.
Tyagi later clarified that it was not a case of casting couch as the director, also a former journalist, was a family friend she had known for over eight years and it was a platonic relationship. “It’s a breach of trust,” Tyagi posted.
She also tweeted thanking Sabharwal for encouraging her to make the video public. Sabharwal, who directed Arjun Kapoor starrer Aurangzeb, last year, tweeted back his support.