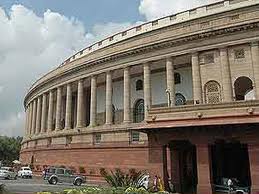 The UPA government — and the Congress — on Wednesday hinted at the possibility of advancing the budget session of Parliament to take a Vote-on-Account and make an attempt to get its legislative agenda approved: this includes the controversial Telangana Bill, currently before the Andhra Pradesh Assembly, and a slew of anti-graft laws.

The winter session has not been prorogued, only adjourned sine die, Parliamentary Affairs Minister Kamal Nath told journalists on Wednesday, and can be convened at short notice. The Minister added that he would talk to all parties and “take a decision on this” to strengthen “all anti-corruption efforts to which the government is committed.” Laws such as the Whistleblowers’ Bill and the Delivery of Services Bill which complement the Lokpal Bill also need to be passed, he stressed.

“We will be engaging other parties to ensure that we are able to pass these so that the Lokpal is strengthened. All parties should come together to ensure that all other Bills in the Lok Sabha and the Rajya Sabha are passed,” Mr. Nath said. Mr. Nath’s remarks came even as Congress vice-president Rahul Gandhi, who spoke on the Lokpal Bill in the Lok Sabha on Wednesday, suggested that the winter session be extended to pass the anti-graft Bills while speaking to journalists in Parliament House.

Talk of the possibility of the session being “convened at short notice” also came a day after party spokesperson P.C. Chacko said at the official Congress briefing, “This is not the last session of Parliament.” He was answering a question how the Congress intended to get the Telangana Bill through Parliament before the general election . Congress sources told The Hindu that since the Andhra Pradesh Assembly had been given time till January 23 to consider the Telangana Bill, after which it would go to the President and then to the Cabinet before coming to Parliament for approval, the government was considering the possibility of convening the House at January-end or in early February.Reprt-The  Hindu.