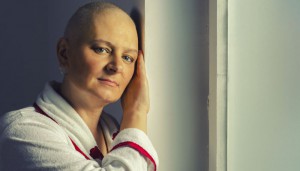 LONDON: British scientists have developed a new use for 3D printing, putting it to work to create personalised replica models of cancerous parts of the body to allow doctors to target tumours more precisely.The initiative is the latest example of medicine harnessing the rapidly emerging technology, which has already been used to manufacture some medical implants.
3D printing makes products by layering material until a three-dimensional object is created. Automotive and aerospace companies use it for producing prototypes as well as creating specialised tools, mouldings and some end-use parts.In healthcare, 3D printers are used by dentists to create replicas of jaws and teeth, as well as some finished dental implants, while orthopaedic surgeons have tested them to make customised hip replacements. And last year U.S. scientists grew human ears from cow cells with the help of a 3D printer.
The new cancer work involves printing 3D “phantoms” of tumours and organs based on CT scans taken of patients during treatment. These plastic moulds can be filled with liquid, allowing experts see in detail the flow of so-called radiopharmaceuticals.Radiopharmaceuticals are drugs containing radioactive material that may be injected into a vein, taken by mouth or placed in a body cavity. The challenge is to give a dose that is high enough to kill cancer cells, without causing excessive collateral damage to healthy tissue.
Glenn Flux, head of radioisotope physics at the Institute of Cancer Research in London, believes accurate modelling will allow doctors in future to fine-tune dosing, resulting in the likely routine use of such 3D printouts.”If we personalise treatment according to the radiation dose delivered to the tumour, then we should have a better outcome,” he said. “I think it will have a huge impact.”
Flux and colleagues published a technical paper on their process in the journal Medical Physics in July, showing the models can accurately replicate the shape of a patient`s tumour and the surrounding organs, and are now looking to confirm the benefits in larger studies.Radiopharmaceuticals are used to treat a number of different tumours, including thyroid cancer, cancers of nerves cells in children and certain tumours that have spread to the bones. Interest in the field has been fuelled by the recent launch of Bayer`s prostate cancer radiopharmaceutical Xofigo.
The team in London used a 3D printer from Stratasys, one of the leading suppliers of high-end machines.In October, Stratasys executives said the global 3D-printing market was expected to swell from $3 billion last year to $21 billion by 2020, according to industry research.