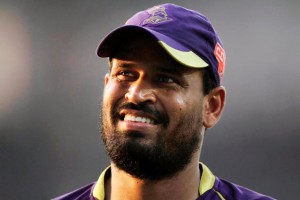 VADODARA: India discard Yusuf Pathan on Tuesday allegedly reacted to “indecent comments” by a young spectator, by slapping him, during a Ranji Trophy Cricket match between Baroda and Jammu and Kashmir in Vadodara.
The Baroda all-rounder was upset by the remarks passed by the young spectator when he was batting at the Reliance Cricket Stadium, where the hosts were playing against Jammu and Kashmir.
According to Snehal Parikh, Secretary of Baroda Cricket Association (BCA), the spectator had been passing “indecent comments” against Pathan as well as other players during the match.
“This youngster had been shouting and passing indecent comments against Pathan and other players, such as Ambati Rayudu, when they were batting. Pathan was in no mood to tolerate such a behaviour. Thus, after he got out, he called that youngster inside the dressing room and allegedly slapped him twice,” said the BCA secretary.
According to him, when Yusuf’s younger brother cricketer Irfan Pathan learnt about the incident, he rushed to the dressing room to bring the situation under controlAccording to another BCA Secretary Anshuman Gaekwad, the matter was “amicably resolved” after a family member of the youth came and apologised on his behalf.
Snehal Parikh claimed that the match referee will send a report about Tuesday’s incident to BCCI for further action.