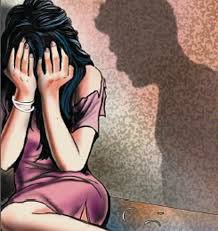 LUDHIANA: Close on the heels of the Moga incident involving a teenage girl, a 35-year-old woman was allegedly molested in a moving bus in Khanna, about 40 km from here.
In a complaint lodged at Khanna police station, the woman said the incident took place after she boarded a Ludhiana-bound private bus at Mandi Gobindgarh on Sunday.
She alleged that a man sitting next to her started molesting her. After she complained to the bus conductor, the seat of the accused was changed but he allegedly continued to pass lewd remarks, police said.The woman even slapped the alleged molester, who was in twenties, they said.
The accused then alighted from the bus at the next stop.The woman accused the driver and the bus conductor of being in hand in glove with the alleged molester and helping him escape, they said.
DIG Ludhiana Range N.S. Dhillon said on the basis of the woman’s complaint, the bus driver and conductor have been arrested and the bus has been impounded.
However, the main accused was still at large, police said, adding a manhunt has been launched to nab him.This incident came close on the heels of a teenage girl being molested and pushed to death from a moving bus, owned by Punjab’s ruling Badal family, in Moga last week.

The incident has provoked public outrage with opposition Congress and Aam Aadmi Party, besides farmers and rights groups, taking to streets in Punjab and Delhi.