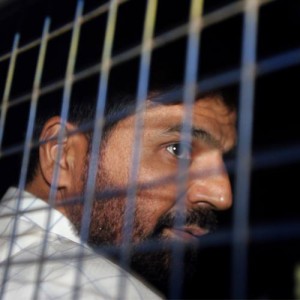 MUMBAI: A medical test of Yakub Memon, the sole death row convict in the 1993 Mumbai serial blasts case was conducted on Wednesday.According to the report, Yakub is mentally and physically fit for hanging.
Meanwhile, with less than 24 hours left for his hanging, Yakub has filed a fresh mercy plea with the President.On the other hand, a three-judge Supreme Court bench has begun the hearing for the final plea by Yakub.
In the wake of disagreement between Justices AR Dave and Kurian Joseph on the issue, the matter was referred to Chief Justice of India HL Dattu who constituted a larger bench of Justices Dipak Misra, Prafulla C Pant and Amitava Roy to decide the destiny of Memon, who will turn 53 on Thursday.
Memon had sought a stay of his death sentence after the apex court had on July 21 rejected his mercy petition.Memon moved the apex court contending that the death warrant for his execution was issued before he could exhaust the legal remedies available to him.

The March 1993 blasts had led to the deaths of 257 people.Memon’s brother, underworld don Tiger Memon, and Dawood Ibrahim were the masterminds of the blasts. The two still remain elusive.