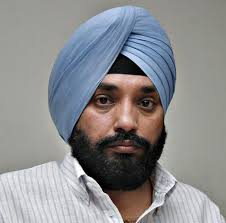 NEW DELHI : The Delhi Congress today hit back at Chief Minister Arvind Kejriwal, who had yesterday told NDTV that the Congress would regret extending support to his Aam Aadmi Party or AAP to form government in the national capital.
“Mr Kejriwal, you run the government and do what you want. We will not withdraw support,” Delhi Congress Chief Arvinder Singh Lovely, told NDTV. Adopting an aggressive stance, Mr Lovely accused the AAP of running away from responsibility. “We won’t let him run away and he will have to fulfil his electoral promises,” he said.
Mr Lovely added that Congress had extended support to AAP on the basis of an 18-point common agenda, including fight against corruption. “Mr Kejriwal is not doing a favour to the citizens of Delhi by fighting corruption, it is his duty. And I am sorry we supported him to become the Chief Minister of Delhi and not a clerk who keep reading files,” he said.
Questioning Mr Kejriwal’s move to launch an FIR in the Commonwealth Games (CWG) case about a year and a half ago at the Mandir Marg police station, Mr Lovely said, “I had a lot of respect for Kejriwal as a serious RTI activist. Why is he reading these files now? Did he not have such information when he went to launch an FIR? And if he did not, was he not lying to the people of Delhi?”
The Delhi Chief Minister had yesterday told NDTV that he is closely studying the CWG files and action will be taken soon. He added that Congress will soon regret its decision to extend support to the party.
In last month’s election, AAP had made a dream debut when it placed second behind the BJP with 28 seats in Delhi. It runs a minority government with external support from the Congress, which was reduced to just eight seats.