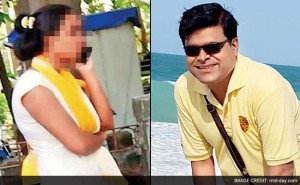 MUMBAI: System failure was Surekha’s (name changed) last straw. Fed up with being shortchanged by police personnel over a rape complaint, the 27-year-old resident of Khopat in Thane and former personal assistant at a private hospital in the area, attempted suicide last Sunday.
Surekha had approached the Rabodi police station on Friday last week to file a complaint of rape against Rohit Gokhale, a doctor who runs Kshirsagar Hospital where she used to work. She alleged that the doctor had promised to marry her, but dumped her as soon as he got her pregnant. The police, however, failed her.
In a state of anxiety and helplessness, she had popped 10 sleeping pills before going to the police station. “A police officer suggested that I file an FIR after becoming stable. So, I got myself admitted to a private hospital for treatment,” said Surekha.At the hospital, she got a taste of the hurdles ahead of her.
Sub-inspector Baviskar of the Rabodi police station allegedly visited her there and asked her not to register a case, saying the accused was a powerful man who could land her in trouble.
But a persistent Surekha decided to follow through on her plan. “I again visited the Rabodi police station, but the officers told me that since the case fell under the Kapurbawadi police station’s jurisdiction, I should go there. But the Kapurbawadi police sent me back, saying the same thing.
No one was listening to me. By the look of it, all of them wanted to protect the doctor,” complained Surekha.Having made the rounds of the police stations several times, a dejected Surekha consumed 50 sleeping pills and 10 blood pressure pills late on March 20.
She was rushed to the Thane Civil Hospital on Monday morning and later shifted to the JJ Hospital. “She is out of danger and is undergoing treatment. We will soon discharge her,” said Dr TP Lahane, dean of JJ Hospital.
A case was registered only after Surekha’s family approached Sachin Patil, deputy commissioner of police, Thane city (zone 1).Asked about the delay in registering the case, Baviskar said, “Surekha was not ready to register a case at that time. She said she would give a statement when she was stable.”
After Surekha was hospitalized, the Rabodi police registered a case under sections 376 (2) (3) (subordination by a police officer), 328 (causing hurt by means of poison) and 417 (punishment for cheating) of the IPC.
Blaming the police for the suicide attempt, Surekha’s cousin said, “For over 2 days, she tried to get her case registered. If the police had taken action on time, this would have never happened.”
Sushil Kaki, personal assistant to Dr Gokhale, said the accused is currently out of town to attend a conference. “The complaint against him is a trap. We will fight it legally.”