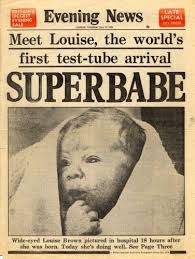 KOLKATA: The wife of Dr Subhash Mukherjee, who had created the world’s second and India’s first test-tube baby, passed Wife of India’s First Test-Tube Baby Creator Passes Away today following age-related illness. Family sources said Namita was 78 and bed-ridden for the last 12 years due to multiple health issues.
As the couple had no children, Namita had been living a lonely life in her last days at a south Kolkata flat where NGO ‘India’s Smile’ and Dr Subhash’s friend and professor Sunit Mukherjee had been taking care of her.   Dr Subhash is credited with having created the child, Durga, using in-vitro fertilisation (IVF). She was born just 67 days after the first IVF baby in the United Kingdom. After his research was rejected, he committed suicide in 1981.
Eminent director Tapan Sinha had made a film ‘Ek Doctor Ki Maut’ (Death of a doctor) on his life and death. To honour him, West Bengal Chief Minister Mamata Banerjee had recently announced that a chair would be instituted in a medical college and an award in his name would be given by the government.