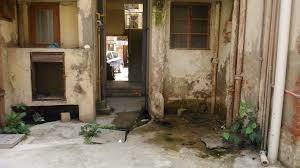 NEW DELHI:  DDA’s biggest mega housing scheme of 25,034 flats will be launched on 1st of September 2014. Millions of people are excited & waiting for his dream flat in the national capital. But, before applying for this mega flats scheme read this story & only then apply for a DDA flat otherwise most of you will fill cheated. First of all you will be shocked to know that only 4000 DDA flats are ready & 21,000 flat is under construction. Do you know about the reality of this mega flat scheme? Where are these flats? Flats are completed, furnished or not?
What is condition of the flats & surrounding area? Is there drinking water, electricity, sewer lines, roads, parks, transportation facility available or not & most importantly security? Is the area safe for residing? Because as per our investigation about 21,000 flats (more than 80%) are under construction.  It is not possible for DDA to give possession of these flats on due time. It takes years to provide basic facilities, transportation & security.
Ground reality of Rohini Sector-34 & 35
DDA’s mega flat draw scheme has largest number of flats 10,875 flats in Rohini Sector-34 & 35. But all of these flats are under construction. In fact the construction work is stopped here from last one year due to land dispute case in the Supreme Court between DDA versus Barwala villagers.
In this situation there is little chance that DDA may complete construction of these flats & give possession in next two-three years. And it takes years to provide basic facilities like drinking water, electricity, sewer lines, roads, parks, marketing complexes. Transportation & security is major concern in this area. DDA’s expert Rahul Gupta says, those who will lucky in this DDA’s mega flat scheme, if got possession of the flats in two-three years will hardly came to live in these flats.

Ground reality of Narela Flats
After Rohini, Narela has largest number of flats 6,422 in the DDA’s mega housing scheme. Like Rohini, Narela has same story, all the flats of Narela are under construction. So there is no question of availability of basic facilities like drinking water, electricity, sewer lines, roads & parks. One thing is important that Narela Sub-City residents who got flats in 2005 couldn’t get drinking water facility till date.
Sewer & drainage system are collapsed. No roads, no transport facility. Only few DTC buses are available for this sub city. If you want to know about the security condition in the DDA colony, no one is secured here even in day light. This area is located on the outskirt of Delhi Sindhu boarder near Sonipat. So, Loot, dacoity, murder incidents is common in this area. Due to these reasons 50% Narela sub city flats are vacate till date. Residents of this sub city say that they want to sell their flats even less than the actual price but no takers.
Ground reality of Siraspur

Flats After Rohini & Narela, Siraspur has highest number of flats 2920. Like Narela, this area is on the outskirt of Delhi nearby of Narela sub city. So the security condition is same as Narela sub city. All the flats of Siraspur is under construction. No one knows that how much time takes these flats for completion. So the basic facilities like drinking water, electricity, sewer lines, roads & parks could be provided after that. Connectivity is also an important issue, because if the flats residents couldn’t have their own vehicles’ then they will face big problem to come to main Delhi city
Dwarka Flats in controversy
The story of Dwarka Sector-23’s 2360 flats is very interesting. These flats were originally planned for shifting of Vikaspuri areas Jhuggi clusters. So these flats were constructed under EWS category. When Bhumi Pujan of these flats was held by then Union Urban Development Minister Kamalnath & area MP Mahabal Mishra announced publicly that these flats are for Jhuggi residents of Vikaspuri under the scheme of Jhuggi ke badle flat. But now DDA has announced to sell these flats. So the residents of Vikaspuri Jhuggi clusters who were waiting for allotement of these flats to them knocked the door of Delhi High Court. So, there is possibility that these flats may came in legal dispute.
DDA’s VC is hopeful
DDA VC Balwinder Kumar accepted that most flats are under construction. But he is hopeful that the possession of these flats may be given on time. He said that engineering department has given them written assurance that they will complete the construction work on time.