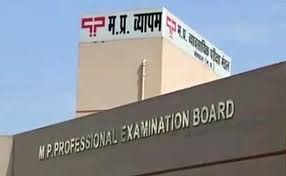 “The board conducts about 40-50 examinations every year leading to expenditure of crores of rupees. Although the audit of external activities of the board was done, the confidential account of the board was never audited since its inception. We have requested the state government to conduct an audit of the confidential account,” Dubey told.
Another RTI reply received from the Directorate of Local Fund Audit revealed that there were gross irregularities in 2008 in maintaining the records of the OMR sheets in the strong room — storage where the sheets are kept.
“The functioning of the strong room was hijacked by the racketeers and it was managed by them. It led to mismanagement and the credibility of the strong room was compromised. No proper data with regard to the supply status of the OMR sheets, bill numbers and challan numbers were maintained,” Dubey said.
The MP Board, also known as Vyavsayik Pariksha Mandal or Vyapam, conducts examinations to recruit government employees in the state and holds admission tests for medical courses.
It has been mired in controversies for years, but the scams eventually came to light when 20 people were arrested in 2013 for impersonating candidates appearing for the 2009 medical entrance examinations.
According to reports, the admission and recruitment scam involving politicians, senior officials and businessmen in Madhya Pradesh could be pegged at Rs.20,000 crore involving about 30,000 people.
Forty-five people associated with the Vyapam scam have died – mostly unnaturally or under mysterious circumstances.

The investigation into the scam was recently handed over to the Central Bureau of Investigation by the Supreme Court.The CBI had registered three first information reports (FIR) on Friday – including one related to the mysterious death of Namrata Damor – so far being treated as a suicide, but now converted into a murder case.
Earlier, the CBI had registered five cases – taking to eight the number registered by the agency in connection with the scam.