RANCHI: Two Maoist guerrillas were killed when a gun battle broke out between two rival factions of the outlawed group in Jharkhand’s Hazaribagh district Friday, police said.Police said members of Jharkhand Prastuti Committee (JPC) and Tritiya Prastuti Committee (TPC) clashed near Kusumba village in the district, around 110 km from here. 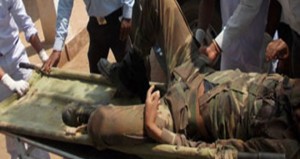 Two JPC members identified as Balram and Badal were killed in the gun battle, they said. Police have sent the bodies for post-mortem examination.Maoists are active in 18 of the state’s 24 districts.