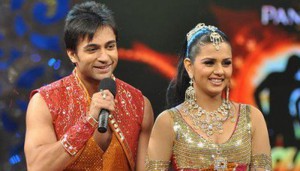 MUMBAI: Television actress Daljeet Kaur has accused her husband Shaleen Bhanot, who is also an actor, of domestic violence. Winners of ‘Nach Baliye’ season 4, Daljeet and Shaleen married a few years back and were one of the ‘it’ couples of the TV fraternity.
In an interview to the Times Of India, Daljeet broke her silence on equation with Shaleen. She apparently moved out of Shaleen’s house and shifted to Bangalore to be with her parents along with her toddler son Shaarav.
Daljeet has reportedly revealed that Shaleen tried to strangulate her when she asked him about a woman he was kissing. Shaleen had apparently been very abusive towards her, revealed Daljeet.

The actress, who is now out of work, hopes justice is delivered to her. She wants to see Shaleen behind the bars for the violence he meted out to her.