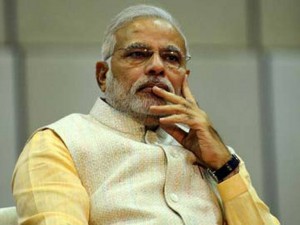 NEW DELHI:  What the Rashtriya Swayamsevak Sangh or RSS has described as a routine meeting, seemed anything but this morning as the Narendra Modi government’s top generals trooped into Madhya Pradesh Bhawan in Delhi’s Vasant Kunj.
Home Minister Rajnath Singh was there, as were Finance Minister Arun Jaitley, Foreign Minister Sushma Swaraj, Defence Minister Manohar Parrikar, Education Minister Smriti Irani and several others, for almost 10 hours.
Behind closed doors, with the media kept out, the ministers are making presentations at the three-day meeting, presided over by RSS chief Mohan Bhagwat.
They also fielding questions, including some tough ones, from members of the RSS, the ruling BJP’s ideological mentor and its 15 affiliates attending the meet.
Prime Minister Narendra Modi is expected to attend too, possibly tomorrow, said sources, and BJP chief Amit Shah will be there on all three days, over which the Modi government’s performance in the last 15 months is being reviewed.
“All national and economic issues are on the agenda,” said BJP general secretary Ram Madhav.On the sidelines of the meeting, the RSS, said sources, conveyed to the government that it would like the One Rank One Pension demand of ex-servicemen, stuck in negotiations, to be resolved soon.
The RSS has reportedly suggested that points of agreement between the veterans and the government should be announced soon and a commission can be set up to resolve differences.This was denied officially.
Some affiliates like the Swadeshi Jagram Manch have complained that key policies in the Narendra Modi government’s reform drive are at odds with the Sangh’s swadeshi agenda.
The Vishwa Hindu Parishad has long complained that the BJP has put demands like a Ram temple in Ayodhya on the backburner. It also wants a say in education and curriculum.
These organisations have been asked to provide feedback, which ministers are expected to refer to when tweaking policies, sources said.