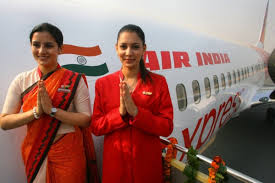 NEW DELHI: Any talk of privatising Air India would be “premature” at this stage even as there is a need to re-visit its Turnaround Plan (TAP) in view of the changing micro-economic situation, top sources in AI Board have said.
They said that the advisory panel, which the government is mulling setting up for the national carrier, should have academicians and independent analysts as its members for a “fair” and “objective” assessment of its viability as a national carrier.
“It would be too early to talk about privatisation of Air India at this stage. What you actually need is a complete re-look at the airline’s revival plan and then decide whether it should remain with the State or go to private hands,” a source told to a News Agency.here.

Noting that the micro-economic situation has gone a sea change since 2012, when the government had approved its turnaround plan, the source said, “No one had imagined crude oil prices would fall to US $45 or foreign direct investment by the foreign airlines would be allowed in domestic airlines.”
The comments came in the backdrop of media reports that some of the AI independent directors were pushing for its privatisation and had even communicated their views to the Civil Aviation Minister Ashok Gajapathi Raju in this regard recently.
The erstwhile UPA dispensation had in 2012 approved Air India’s turnaround plan, with a committed public funding of Rs 30,231 crore, staggered over a period of nine years, with some specific riders.
Emphasising that the state-run carrier has shown a marked improvement in its finances in the last fiscal and has met some of the key targets as stipulated in the TAP, the source said, “One has to consider all these factors and then a take a pragmatic view on the whole issue.”
The airline in its budget estimates for this fiscal, presented late last month, has forecast that it would become operationally profitable by March next year, much ahead of the TAP projections.
After a streak of losses, Air India had reported a net profit of Rs 14.6 crore in December last year, from a loss of Rs 168.7 crore in the corresponding period of 2013. Besides, it has also managed to reduce its losses from as high as Rs 7,599 crore in fiscal 2011-12 to Rs 5,490 crore in financial year 2012-13 and a further down to Rs 5,388 crore in FY-14, respectively.
The industry has long been clamouring for dilution of government’s stake in the carrier on the ground that the airline should be run by professional hands and not by bureaucrats.
HDFC Chairman Deepak Parekh, whose name is said to be among half-a-dozen names short-listed by the government for the proposed experts panel, had said in February that dis-investment in public sector behemoths such as LIC, Air India and BSNL, can unlock huge funds worth “lakhs of crores of rupees”.
Sources at the Air India Board, however, said that only academicians and independent analysts be brought on the proposed panel for an “unbiased” assessment of the carrier.
Minister of State Civil Aviation Mahesh Sharma had recently ruled out any plans to privatise national airline, saying “Air India has to have certain social obligations at the time of crisis, at the times of war or natural calamity like the one in Uttarakhand… So you have to address all these issues.”
It may be mentioned here that Air India along with Indian Navy played a key role in evacuating 4,640 Indian nationals safely from the war-hit Yemen recently.