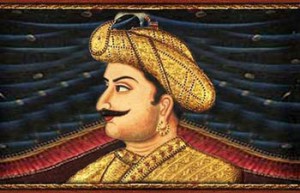 NEW DELHI: Highly critical of Karnataka government’s decision to celebrate Tipu Jayanti to “appease” minorities, an article in ‘Panchjanya’ described him as ‘Aurangzeb’ of South who “forcibly” converted lakhs of people.
Citing an eminent sage’s advice, articles in ‘Organiser’ suggested that government should steer clear of birth anniversaries of controversial personalities like Tipu and instead celebrate jayantis of Muslim personalities like Maulana Abul Kalam Azad and Sir Mirza Ismail, who was the Dewan of princely Mysore (and later Jaipur and Hyderabad).
“Tipu has been a controversial figure. The sole purpose of celebrating Tipu’s jayanti was to polarise Muslim votes. It has triggered heated debate between his sympathisers and those opposing him.”
“Hindu organisations claim that Tipu was not a secular, but an intolerant and tyrannical ruler. He was the Aurangzeb of South, who converted lakhs of people forcibly and was responsible for bringing down a large number of temples,” said an article in pro-RSS publication ‘Panchjanya’.
“There is a clear political angle as to why the Siddaramaiah government sponsored Tipu Jayanti. It is plain even to the most obtuse mind that it was aimed at wooing the Muslims,” said an article ‘Creating false icons’ in ‘Organiser’, brought out by RSS sympathisers.
It was also critical of Siddaramaiah, saying he came to power side-lining hardcore Congress leaders calling himself the champion of the minorities, backward classes and the dalits.

“He is the Karnataka version of Mulayam Singh Yadav or Lalu Prasad Yadav. A newcomer to the Congress, he is more of a Janata Dal politician. While blaming the BJP as being communal and anti-secular, Siddaramaiah has not hesitated to use the name of Hindu deities to gain political mileage,” it said.
Another article ‘Pseudo tolerance’ in another pro-RSS publication said, “Four precious lives including that of a Vishwa Hindu Parishad leader were lost in Karnataka, while scores injured as Karnataka Government went ahead with its ‘ambitious’ programme of appeasing the minority community.”
It further said,”While people questioned the need to organise the Jayanti for a king known more for his bigotry than tolerance, more for barbarianism than development, the state government had only one agenda — to appease the minority community.”

It also said, “Congress, which claims to ‘preach the mantra of tolerance’, failed to understand the pulse of tolerant majority. “The Hindus had requested the government for a holiday on Gowri festival which it rejected. However, the same government had no regrets for loss of lives as the Chief Minister openly defended the action.”
The articles said after the violence in Kodagu, Karnataka government should heed the sage advice of the revered Sri Vishveshvara Thirthi Swamiji of Pejawar Math in Udupi that the Government should steer clear of the birth anniversaries of controversial personalities like Tipu.
“He suggested that instead it could celebrate the jayantis of great personalities among Muslims such as Maulana Abu Kalam Azad and Sir Mirza Ismail, who was the Dewan of princely Mysore (and later Jaipur and Hyderabad) and is held in high esteem for developing all the three princely States,” it said.
Another article said people in several districts of the state stand divided on the issue whether Tipu, 18th century self-styled Mysore Sultan was a “Muslim bigot or a secularist”
“What has triggered the debate, which is so far in the hands of half-baked historians and even the unlettered, is the action of the Siddaramaiah-led Congress Government of the state officially sponsoring the 265th birth anniversary of Tipu (1750-1799). “The Government has itself to blame for provoking the people leading to violence in Kodagu District and also some unseemly controversies,” it said.
The article suggested that it is better that in future, Karnataka government does not repeat this year’s mistake by celebrating the Jayantis of Tipu or any other personality regarded as a tyrant by the people at large, rather than go by the views of secular historians who are swayed by today’s vitiated politics in the country.