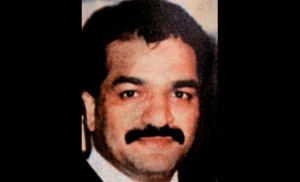 MUMBAI: Tiger Memon, said to be the prime conspirator of 1993 Mumbai blasts, was head over heels for a call girl, so much so that he wanted to divorce his wife, a report has said.
According to a report in Dainik Bhaskar, Tiger used to visit a number of brothels before the blasts on March 12, 1993 in Mumbai. He fell in love with a call girl. As per the Hindi daily, Tiger was so much in love with the lady that he put brakes on his smuggling business and was about to divorce his wife.
The twist in the story is that another man, whose is named Kishan by the daily, also loved the same lady. When Kishan came to know about the relationship between Tiger and his love, he tried to set himself ablaze. The lady, scared by Kishan’s brazen act, started maintaining distance with Tiger.
And when serial blasts stunned Mumbai in 1993, Tiger flew to Dubai from Mumbai.The Mumbai Police had on March 12, 1993 found an explosive-laden car in Worli.
The car was registered in the name of the call girl. She was later held and had revealed a lot of information about the planning of bombs. This led to the arrest of Asghar Mukadam, said to be Tiger Memon’s accountant.
Mukadam and Shahnawaz Qureshi were later held guilty by the TADA court of planting a bomb at Plaza cinema where ten people were killed.