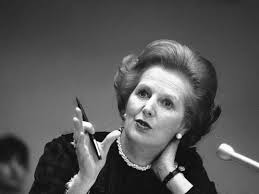 LONDON: British Cabinet documents relating to India-U.K. relations during 1984 and 1985, released by the National Archives here, throw light on how the establishment here viewed developments in India — through the lens of diplomacy and economic interests — in the turbulent years that saw the assassination of Prime Minister Indira Gandhi and the early phase of Rajiv Gandhi, who replaced her.

The making of British foreign policy is revealed in deep background briefing notes, talking points, telegrams, advisories, news clippings and personality assessments (of Indian politicians and bureaucrats) prepared for the then British Prime Minister, Margaret Thatcher. The advice to Thatcher on how to respond to urgent demands by the Indian government to crack down on Sikh extremism in the U.K. in the wake of Indira Gandhi’s assassination, and the close relations between Thatcher and Indira Gandhi are laid bare in the papers.

Among other significant points to emerge include fears of an assassination attempt by the Irish Republican Army on Thatcher when she attends the funeral, how to push forward the Westland helicopter deal, and the political strife that overcomes Indo-Sri Lankan relations from the early Rajiv Gandhi years.

It is surely a departure from standard text when in a speech in India on November 3, the day of Indira Gandhi’s funeral, Thatcher muses on the “paradox” that as women leaders both she and Indira Gandhi shared — “that one can be warm, human, loving, knowing all the little things of life, and at the same time being firm, determined and decisive. We understood the loneliness…”

Amid fears expressed by her advisers that the Indian government may impose a trade boycott, even cancel defence deals, unless the U.K. took measures to contain the activities of the self-styled leader of “Khalistan”, Jagjit Singh Chauhan, Thatcher neatly deflects the issue in her interactions in India by stating that Chauhan will be prosecuted if it is found that he has broken current British law, which the British Police claim he has not.

She deplores the “gloating” over Indira Gandhi’s death by a section of British Sikhs, and Chauhan’s statement to the BBC in which he says: “It is her due, she deserved it … Mr. Gandhi [Rajiv Gandhi] is definitely a target and he should be careful, I tell you.” The statements are “disgraceful and irresponsible, but not necessarily illegal,” Thatcher says at a press conference. She later writes to the head of the BBC admonishing him for the timing and content of the interview, which caused an upset in Britain’s relationship with India. “I don’t want to interfere with your independence, but with independence comes responsibility.”

A confidential internal assessment sent to Thatcher before her departure for New Delhi to attend the funeral says the Indian government machinery is “robust by third world standards” and is quite capable, with the armed forces, of containing “large-scale civil disorder”. In the context of the forthcoming elections in India, the note underlines the “real threat that Rajiv Gandhi will be assassinated,” adding — portentously, as it turned out — “He cannot campaign in the democratic environment of an Indian election without constantly exposing himself.”