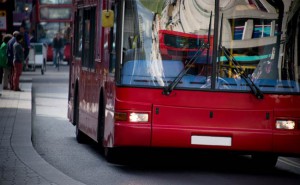 LONDON: A British Asian teenage girl was thrown off a bus by a woman conductor for ‘wearing too much make-up’ to have a child’s ticket, according to a media report.
Zahra Sadiq was told by the conductor on a National Express bus in Birmingham last week that she was wearing too much makeup to be 15 years old and that her ticket was not valid because she ‘didn’t look like a child’.
“When the conductor checked my ticket I showed her and never dreamed there would be a problem. She asked how old I was and I told her, then she asked me to get off the bus,” Zahra told the ‘Daily Mirror’.”The conductor just refused to believe I’m only 15. She said, ‘look at the state of you, with all that make-up and contour – you’re not 15’,” she said.
The girl was on her way to watch a film with friends on December 22 but had to complete her journey on foot and was also slapped with a fine of 35 pounds.”I’m only 15 and I was all alone in the middle of nowhere, it was quite scary,” she said.
Zahra, from Birmingham, West Midlands, added that she has been left feeling ‘completely victimised’.”She said to me, ‘have you ever been kicked off a bus before?’ and I said no, but my tickets have been checked before,” Zahra recalled.
“She asked if I had my birth certificate or passport, but of course I didn’t – who carries that around with them? She said, ‘for future reference, take a picture of your passport and keep it on your phone to show people’.”I said ‘I’m not wearing a lot of make-up’ and she said ‘your whole face is contoured and you’re very made-up’,” Zahra added.
“Sometimes I do wear make-up, and might look older than I am – but even if I was that’s irrelevant. I only had a bit of bronzer on and some nude lipstick, I think I looked my age,” she added.

She was travelling on the Number 14 bus from Stechford Retail Park towards Birmingham city centre, and was frogmarched off the bus when it stopped at Saltley Gate area of the city in the West Midlands region of England.
Her furious uncle, Naveed Sadiq, called up National Express to complain over the incident but is yet to receive a proper explanation.”The whole experience has completely shaken Zahra up, she has been made to feel like a criminal. Her destination was another four miles from where she was thrown off, and she had to continue by foot and got harassed in the process,” said Mr Sadiq.

“I rang National Express but they refused to talk to me about it – first of all someone hung up on me, and then after several further attempts I was told she should have been carrying a passport as a form of ID,” he said.A National Express West Midlands spokesperson said: “We are currently investigating a report of a young girl being removed from our 14 service.”