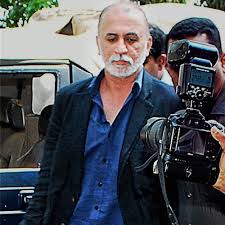 NEW DELHI : Tarun Tejpal, the founder-editor of Tehelka magazine, was been granted regular bail today, almost eight months after he was arrested on charges of raping and sexually harassing a woman colleague. The senior journalist, who had spent six months in jail, has been on interim bail since May, when he was allowed to attend his mother’s funeral and perform the last rites.
The Supreme Court granted him bail on Tuesday morning on the condition that he will not tamper with evidence or attempt to influence witnesses and that he will be present during the trial. It has also asked the trial court to complete the trial expeditiously, preferably within eight months from today.
The court had granted him interim bail for three weeks on May 19, and had on June 3 extended it till June 27 and then again till July 1.Mr Tejpal, 50, has been chargesheeted for allegedly raping, sexually harassing and outraging the modesty of a junior colleague during an event held at a hotel in Goa in November last year. Mr Tejpal was arrested on November 30, 2013. He was lodged at the Sada sub-jail in Goa’s Vasco town.