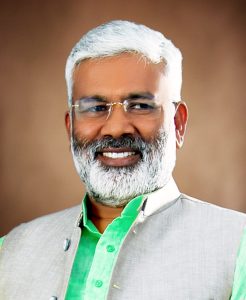 According to a report  BJP is likely to get a new state president by 30 July. The party is organising a state-level training of party workers in Chitrakoot between 29 and 31 July and a new president can be decided during this meet. Former Deputy CM Dinesh Sharma, former minister Srikant Sharma, union minister BL Verma and Sanjeev Baliyan are among the top contenders for the post. The next UP BJP chief would also take the responsibility of leading the party in the 2024 parliament elections.
Singh refused to comment, sources close to him confirmed that he indeed gave the resignation to JP Nadda . The resignation by Singh, who is also a cabinet minister for Jal Shakti, came days after his junior minister Dinesh Khatik sent his resignation to Union home minister Amit Shah, castigating the state bureaucracy of having a malice towards him because of his Dalit identity. Khatik was reportedly upset with Singh and his team of officers who helmed the overall functioning of the Jal Shakti department.
While Khatik managed to iron out his differences after meeting CM Yogi Adityanath, BJP sources said that his close affiliation with the RSS may have forced Swatantra Dev to relinquish the UP BJP post. Of late, RSS had been underscoring the need of being affable towards Dalits and socially oppressed who have been showing allegiance towards the BJP since the 2014 Lok Sabha elections. Day after ‘resignation’, Dinesh Khatik meets CM Yogi Adityanath , decides to continue in ministry
A day after he sent his ‘resignation’ to Union home minister Amit Shah citing corruption and unfair treatment by officers at his Jal Shakti department as he was a Dalit, junior Jal Shakti minister Dinesh Khatik said on Thursday fter meeting Chief Minister Yogi Adityanath  that he decides to continue in ministry
Notably, like Singh, Khatik, too, started his career with the RSS and rose through the ranks to win from Hastinapur reserved seat in Meerut in 2017 and 2022 assembly elections. Khatik’s grandfather Banwari Khatik and father Devendra Kumar, too, were prominent RSS functionaries.
Besides, Khatik, a host of other senior ministers, including deputy CM Brajesh Pathak (he holds the charge of medical and health) and PWD minister Jitin Prasada, too, had flagged the issues of allegedly disputable transfer of officials in their respective departments.

Significantly, the saffron party does not have the custom of a state unit chief resigning from his post – it is a simple process of one leader taking over the charge.Before Singh, it was Kalraj Mishra and Surya Pratap Shahi who offered to resign as UP BJP president in 2002 and 2012, respectively. But that was following the party’s debacle in the then held state elections.
In the case of Singh, however, the BJP managed to return to power in UP for the first time in the state’s political history. Experts point out that Singh’s resignation happened to be largely symbolic since he would have paved the way for a new state unit president soon. Sources said that the party would not have liked to remain headless, even for a short period.
The party is holding a state-level training of party workers in Chitrakoot from July 29 to July 31, and a new president may be elected during this meeting. Former Deputy Chief Minister Dinesh Sharma, former minister Srikant Sharma, union minister BL Verma, and Sanjeev Baliyan are among the leading candidates. The next UP BJP chief would also be in charge of leading the party in the 2024 parliamentary elections.
(With Bureau Report)