NEW DELHI : The Supreme Court on Tuesday fixed June 27 for hearing the bail plea of Tehelka founder editor Tarun Tejpal — accused of sexually assaulting his junior woman colleague in a Goa hotel.At present, Tejpal is on extended interim bail granted to him so he could attend some of the rituals related to his mother’s death. 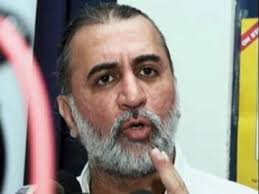 The apex court bench of Justice Vikramajit Sen and Justice Shiva Kirti Singh brushed aside the objection by Goa government’s counsel that the matter was listed for hearing July 7 and there was no hurry.The court said in that case he (Tejpal) will have to surrender on the expiry of his extended interim bail that comes to an end June 27.
Seeking advancing of the hearing of the bail plea, senior counsel Salman Khurshid appearing for Tejpal said the issue convolved was limited and it would not take long hearing.
As Goa government’s counsel resisted Tejpal’s plea, the court offered her two dates to choose from and then decided to hear the main matter relating to regular bail to founder Tehalka editor on June 27.Tejpal was arrested in Goa following accusation of alleged sexual assault on his junior woman colleague in November 7-8 last year in a five-star hotel during an event that was organised by Tehelka.
He was charged on February 18 with rape, sexual harassment and outraging the modesty of his colleague.On May 19, the apex court granted Tejpal three weeks’ interim bail so he could carry out the last rites and other rituals of his mother.The interim bail was extended on June 3 till June 27, as some more rituals connected with his mother’s death were left to be completed.