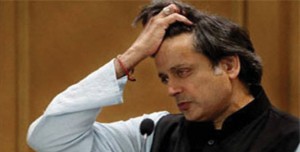 NEW DELHI : A day after former Union minister and Congress leader Shashi Tharoor was questioned by the SIT in connection with his wife Sunanda Pushkar’s mysterious death last year, Delhi Police on Tuesday said that it was analysing his statement and will take a call on its next move later.

Talking to reporters, Delhi Police Commissioner BS Bassi said, “We have questioned Shashi Tharoor last night. We spoke to him about the background what happened on January 17, 2014 and certain things said in the media in connection with the case.”
We are analysing his statements at the moment and then decide if more questioning is required and, if yes, then when, the Delhi top cop said.
When quizzed to tell weather the Congress MP evaded questions and cooperated with the interrogators, Bassi said, “Yes, he was very cooperative and stayed calm during the questioning.”Shedding more lights on the line of questioning in the case, Bassi told reporters that some more people will be called in for questioning as and when required.
Responding to a question on a possible link between Sunanda Pushkar’s death and the IPL match-fixing, Bassi said, “We want intricacies, if something about the IPL is relevant we will ask all those concerned.”
The Delhi Police Commissioner, however, assured by saying, “We spoke to him on a lot of issues. We are examining the case with open mind and trying to ascertain if anyone is criminally liable in the case.”
“I will not like to comment on possible time in which the SIT can wrap up the case. The SIT is yet to brief me and we will try to go to the bottom of the truth.”
The Delhi top cop made this remark a day after Shashi Throor was questioned by the SIT during which he reportedly admitted to “marital trouble” during his four-hour interrogation by the Delhi Police.
The Congress MP was reportedly calm during his questioning at a police station in south Delhi on Monday evening. He was interrogated by a team of four officers in the first of a likely three rounds of interrogation.
He was reportedly asked on events that took place in the days before the death and his relationship with his wife. Tharoor “answered most questions” and did admit to some extent that there was marital trouble, said sources.
Earlier this month, the police launched a murder inquiry after stating that Pushkar was poisoned. The murder case does not name a suspect.The Special Investigation Team set up recently in the case tried to get a sequence of events on January 17, the night Sunanda Pushkar died. 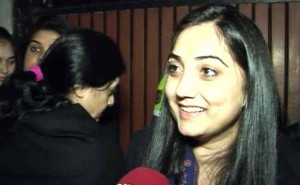