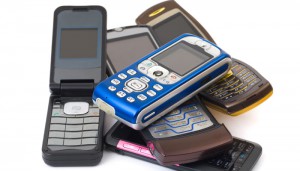 WASHINGTON: A team of researchers is field-testing their foot-powered cell phone charger in rural villages of the Kingdom of Lesotho, a small country surrounded entirely by South Africa.

Crisanti and classmate Ian Ferre teamed up in 2014 to build a solution in a class called ‘Engineering for the World’s Poorest,’ taught by Daniel Lacks, a chemical engineering professor.
Lacks liked their idea and initial work so well he offered to let them skip writing a final paper if they would instead write an application for an US EPA grant. Crisanti and Ferre won a 15,000 dollars grant they used to buy supplies and build versions of the charger in 2015, and pay for the trip.
They keep the equipment under Ferre’s bed in the dorm room they share and build at the university’s think[box], a center the offers space, equipment and training to convert designs into tangible products.
The sophomores have built several prototypes that rely on ratchet mechanics. Gears change the motion of a foot pressing on the pedal (think of a pedal for a drum set’s base drum, not a bicycle pedal) into circular motion that powers a generator. Like a ratchet tool, the gears spin only in one direction.
Pedaling can generate enough energy to recharge a phone and power a small lamp with a light emitting diode bulb. It can be done sitting or standing. The students spent about 12 dollars to 3D print the latest lightweight and portable version.