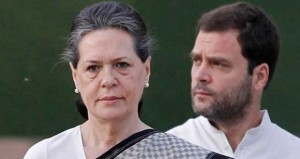 NEW DELHI : Congress president Sonia Gandhi is likely to be again elected the chairperson of the Congress Parliamentary Party at its meeting scheduled on Saturday, party sources said.This is the first meeting of the CPP after the party’s debacle in the Lok Sabha elections where the party could win only 44 seats.
Party sources said that Sonia Gandhi, who won from Rae Bareli in Uttar Pradesh in the Lok Sabha elections, would be elected again as the CPP leader and address the members at the meeting. It will be her prerogative to choose the the new leaders of opposition in the upper and lower house, party sources said.
Party sources said that senior leader and nine-time MP Kamal Nath is being considered as the “front-runner” for the choice of Leader of Opposition in Lok Sabha but a final decision has not been taken.