LONDON: Hollywood director Oliver Stone has acquired movie rights to a political thriller penned by US whistle-blower Edward Snowden’s Russian lawyer, who said he became fascinated by the fugitive’s “moral choice.”
“The rights to my book have been handed over to Oliver Stone and producer Moritz Borman,” Moscow-based attorney Anatoly Kucherena told AFP on Wedn 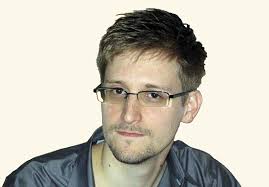 esday. Kucherena is completing a trilogy which tells the story of a US whistle-blower and is loosely based on Snowden’s experiences. The first part, dubbed the “Time of the Octopus”, will be published shortly.
“He (Stone) met with me, he did not meet with Snowden. The book will be published later,” Kucherena said, adding he had met the director three times at his home. He said his world-famous client knows about Stone’s plan to make a movie about him and his reaction was “absolutely normal.”
The lawyer said he had written the novel because he could not remain indifferent to his client’s ethical dilemma. ”I have become a witness to the moral paradox, so to speak,” Kucherena told AFP. “I have become imbued with his emotional state, he transported me into his world,” he said of the American.
One of Russia’s most high-profile lawyers, Kucherena was among a select group of public figures granted a meeting with the US fugitive during his month-long stay at Moscow’s Sheremetyevo Airport last year. The lawyer, seen as close to the Kremlin, helped Snowden receive temporary asylum in Russia and has since acted as his spokesman and link to the outside world.
US filmmaker Stone, a trenchant critic of the American political establishment, has also purchased the movie rights to another book about Snowden written by Luke Harding of Britain’s Guardian newspaper, one of the publications that originally published the whistle-blower’s leaks.

The newspaper said in early June that the Oscar-winning director had begun writing the screenplay, and that filming is set to start before the end of the year.
‘Conscientious person’
Snowden flew to Russia from Hong Kong last year after leaking a series of US intelligence secrets exposing the extent of US surveillance programmes. His US passport has been revoked.Many believe Snowden lives in a closely-guarded compound that belongs to Russia’s security service although this has never been officially confirmed.
Kucherena said that the man behind the US National Security Agency leaks had done “the right, honest thing.”
“He is a conscientious person who heard American slogans and declarations about human rights but then saw that something different was happening in reality.”“I tried to understand – how could he have done it, challenged such a powerful country?”
Kucherena said earlier this month that Snowden was seeking to extend his refugee status in Russia.Washington says Snowden is welcome to return home but only to face trial for releasing top secret information it says has aided US enemies.However, former vice president Al Gore sounded a rare note of dissent in Snowden’s home country, saying he had “provided an important service”.
“What he revealed in the course of violating important laws included violations of the US constitution that were way more serious than the crimes he committed,” he said in comments published by The Guardian on Tuesday.