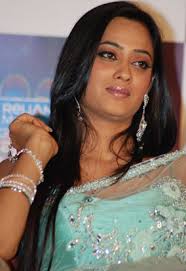 MUMBAI: Shweta Tiwari who has been appearing on Comedy Nights With Kapil, now and then will now be a part of the show permanently. Shweta will enter as the baby sitter for baby Aloo.

Another new entrant in the show will be Ravi Kishen who will be seen as a star-struck goon. It is not yet decided whether he will be a part of the show for good. Says Preeti Simones, creative director of the show, “The show took a one-year leap, so we thought it’s a good time to introduce new characters.
We have already got Kapil’s in-laws in the picture and now since there’s a baby also we can bring Shweta as a baby sitter. She has already been on the show for some episodes.
As for Ravi, he will be seen in a few gags, and depending on how the viewers take to him, we will take a call on whether he will also be a permanent part of the show.”