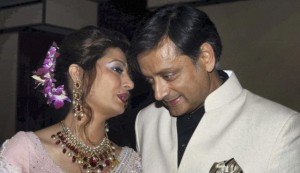 NEW DELHI: Delhi Police’s Special Investigation Team (SIT) is expected to conduct a polygraph test on Congress leader Shashi Tharoor in connection with the death case of his wife Sunanda Pushkar, reports said on Tuesday.Earlier this month, polygraph test of six persons was conducted in connection with the high-profile murder case.
Police sources said the test was conducted on Tharoor’s domestic help Narayan Singh, his driver Bajrangi and his friend Sanjay Dewan.Three other people – SK Sharma, Vikas Ahlawat and Sunil Takru – have also undergone the lie detector test in connection with the case.
During the polygraph test, over 100 questions related to some crucial facts, including injuries on Pushkar’s body, were asked.All the suspects were asked about Tharoor’s relationship with Pushkar and Pakistani journalist Mehr Tarar.
Sunanda, who married Tharoor in 2010, had checked into The Leela Hotel in Chanakyapuri a day before her death on January 17, 2014.Tharoor has been questioned thrice over the alleged murder of his wife, who was found dead in their hotel suite on January 17 last year, days after she publicly accused her husband of having an affair with Pakistani journalist, Mehr Tarar.